Awesome facts and statistics about the powerful role female entrepreneurs play in corporate America and the broader economy. 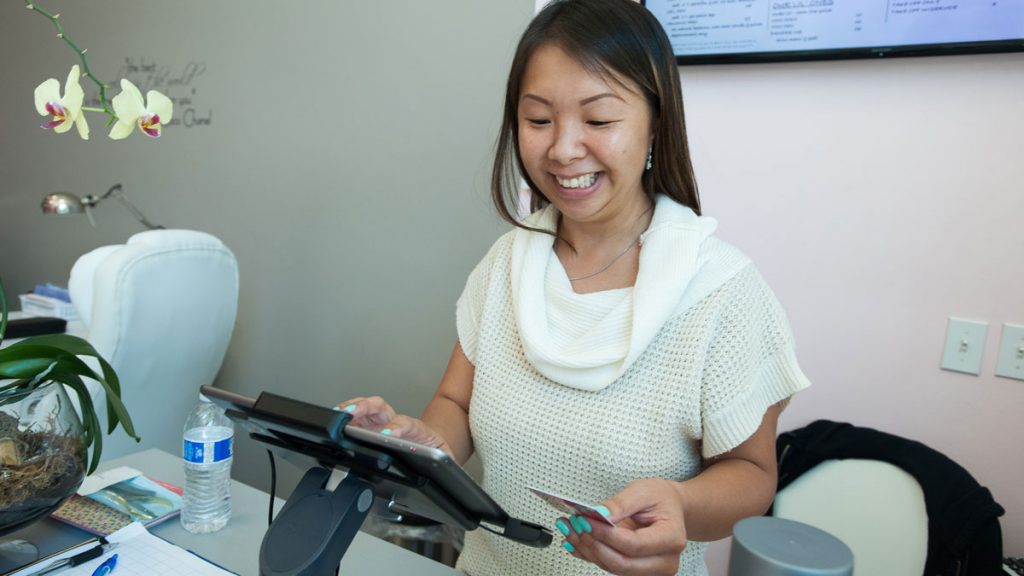 “When you welcome opportunity, it tends to lead to new, better and exciting things that result in even more opportunities.” – Amanda Greenberg

Female entrepreneurs are finding cures for cancer, redefining the media industry, inventing the next big things, and revamping the ever-evolving world of technology. They’re taking aim at the proverbial glass ceiling – and they’re climbing through.

Check out these powerful female entrepreneurs and learn how they’re taking the business world by storm, one extraordinary accomplishment at a time. You may be inspired to create your own entrepreneurial success story!

1. Female entrepreneurs may hold the key to the future of our economy.

According to the Women Business Enterprise National Council, female entrepreneurs own 40% of all businesses in the U.S. And that number seems to be steadily climbing – the number of women-owned businesses has increased by an enormous 114% since 2000.

2. Female entrepreneurs have more options than ever before.

“We believe that today provides a perfect opportunity, a perfect storm if you will, for women entrepreneurs. Interest rates are at record lows, creating a robust environment for commercial borrowing,” said Carla Harris, NWBC’s chair , Chair of the National Women’s Business Council. “Record levels of cash are on the sidelines with both institutional and individual investors and on corporate balance sheets. And all of these entities are looking for good ideas, particularly as the appetite for risk continues to increase in the market.”

It looks like the future will continue to be bright for female entrepreneurs seeking to head up their own companies. With access to plentiful capital to fund their million-dollar ideas, the sky is the limit for these groundbreaking women.

3. Being a female entrepreneur leads to higher life satisfaction.

According to Inc. “Women entrepreneurs in the United States rank their happiness at nearly three times that of women who are not entrepreneurs or established business owners.” That’s an impressive fact! Running your own business may be the key to happiness – who knew?

Plus, it’s a great way to create financial stability – and financial worries are one of the top causes of stress in the country.

4. Most of the richest businesswomen in the country founded their own companies.

Check out the mind-boggling stats of the top ten Richest Self Made Women:

Female entrepreneurs have proven that they are world-class financial managers and CEOs (as if there were any doubt!). Data has demonstrated that female-led technology corporations are more capital efficient – achieving up “35 percent higher return on investment.” Woman-led companies have also boasted high rates of venture capital deals, proving that investors are more than willing to fund a female-led tech company.

This demonstrated ability to manage capital means that the door may open in the future for more women in tech. These numbers are encouraging for women who wish to enter into what was once a mostly-male dominated industry. It’s an unfortunate fact that there’s still skepticism in those stereotypically male-dominated industries about the ability of women to compete – these numbers are powerful evidence to the contrary.

Female entrepreneurs have demonstrated that they can not only handle the spotlight, but that they excel in leadership roles. In fact, according to a study conducted by the Harvard Business Review, women ranked higher on several major elements of leadership than their male counterparts.

The study determined that, “At every level, more women were rated by their peers, their bosses, their direct reports, and their other associates as better overall leaders than their male counterparts – and the higher the level, the wider that gap grows. Specifically, at all levels, women are rated higher in fully 12 of the 16 competencies that go into outstanding leadership. And two of the traits where women outscored men to the highest degree – taking initiative and driving for results – have long been thought of as particularly male strengths.”

The bottom line: Women are not just working in entrepreneurial roles, they’re excelling at leading companies to excellence.

Healthcare is a booming field and female entrepreneurs are dominating it. Over the past ten years, the number of female entrepreneur-owned healthcare companies has almost tripled. In addition, these “companies are growing at an impressive rate – 54.9 percent across all healthcare and social assistance firms, and nearly 183 percent for firms with over $10 million in revenue.”

As the baby boomer generation continues to age, the need for more and better health care and services is only going to grow. And female entrepreneurs are well-placed to take advantage of that opportunity.

Ready to become an entrepreneur yourself? Starting your own business is challenging, rewarding, and exciting. It can also be a little intimidating and you’re going to have to pick up a lot of new skills very quickly. Fortunately, there are a ton of amazing, talented female entrepreneurs that have been where you are – starting from scratch. One of the best things you can do for your new business is finding an experienced mentor to help show you the ropes, give you advice, and support you as you get your project off the ground. They’ve helped to clear the way for your success, so take advantage of their knowledge!

Women today have more options than ever before – from stay-at-home parent to CEO of a Fortune 500 Company to small-business owner and everything in between. And if starting your own business is your dream, there’s never been a better time!