Learning from Failure: Why Messing Up Can Be Good For You

Tips for how to rise above your mistakes and some amazing stories of those who have used failure to lift them up to new and better things. 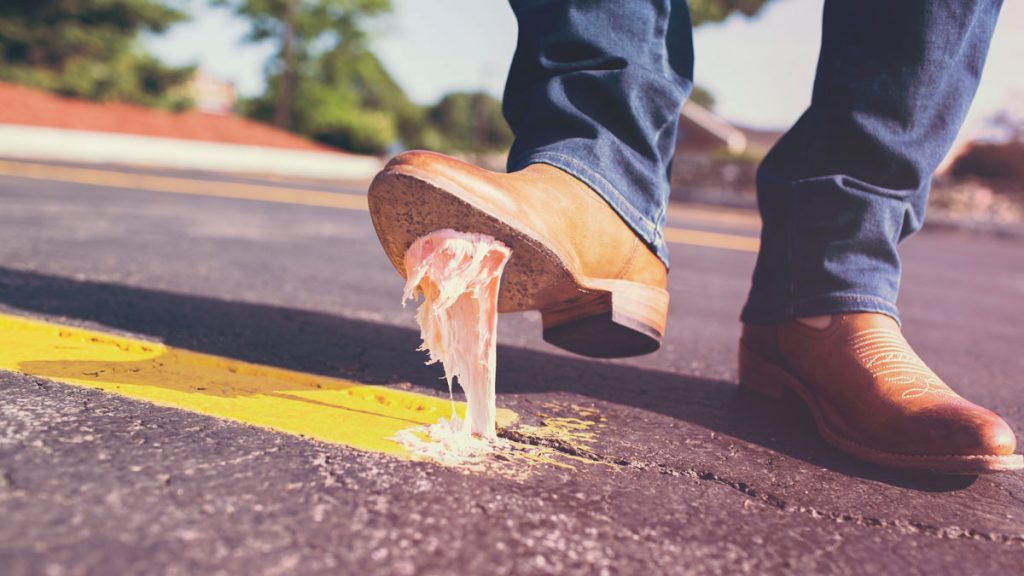 Failure – it’s a loaded word. We all hope for success and a smooth road ahead. This holds true whether we’re talking about relationships, the business world, or life in general.

We understand that the prospect of failure as an entrepreneur can be especially daunting. You’ve tied up so much of your time, money, energy, and passion in your business that the idea of it not working out isn’t something you even want to think about. We wish we could assure that you won’t fail or make mistakes while starting and running your own company. But that would be an unrealistic expectation.

There will come a time where you do fail at something (or more than one thing). You’ll then need to pick up the pieces, adjust your planned course, and reset. It may not be pretty, it may not be easy, but it will be a valuable learning experience that can help you better yourself in the future. In fact, failure is an important part of the road to success.

Success is simple to manage, but failure is where growth and learning flourish. Even hugely successful people have faced enormous failures in their careers at one time or another (sometimes more than once)! We’re all human and, therefore, imperfect. The key to rising above failure is knowing how to embrace your mistakes so that they build you up as opposed to break you down.

Failure happens but what you do with it is up to you. Here are our tips for how to rise above your mistakes and some amazing stories of those who have used failure to lift them up to new and better things.

From Failure to Success: Real Stories

Odds are good that you have an Apple phone, computer, or iPad in your life. These devices are everywhere! The tech juggernaut company, Apple, was famously started by Steve Jobs when he was in his 20s. Down the road, the Board of Directors fired him from the company he created. It’s hard to imagine a more epic flameout than being fired from your own company.

Jobs didn’t let that devastating turn of events stop him from innovating in the tech world. After he left Apple with his tail between his legs, he started another tech company, which Apple later bought out. You may have heard of it – it’s a little shop called Pixar and it’s responsible for all of your kids’ (and maybe your own) favorite movies. In 1997, Jobs returned to the company he founded to create the iMac home computer.

Jobs learned important lessons from his notorious track record with Apple. In Jobs’ own words, “I didn’t see it then, but it turned out that getting fired from Apple was the best thing that could have ever happened to me. The heaviness of being successful was replaced by the lightness of being a beginner again, less sure about everything. It freed me to enter one of the most creative periods of my life.”

If you have a sweet tooth, you’re surely familiar with Hershey products. Hershey makes the Hershey Kiss, Reese’s Peanut Butter Cups, and countless other popular confections. With such widespread success it may shock you to learn that its creator, Milton Hershey, started three candy companies before he finally hit it big!

Hershey’s three initial ventures all failed, but his fourth attempt at the candy business, Lancaster Caramel Company, eventually grew into the chocolate empire that now bears the famous Hershey name.

Oprah: Five letters is all she needs these days. However, Winfrey’s road to one-woman TV star, mogul, and CEO of her own empire wasn’t always smooth. Winfrey was fired from her first local reporting job in Baltimore. Rather than turn in her TV card, she held fast to her media dreams.

Her doggedness paid off. Winfrey ended up hosting her own talk show, which she has since expanded into a billion-dollar media empire.

Ford cars are a household name and one of the leading domestic auto companies. The successful Ford Motors was preceded by back-to-back failed auto companies headed by Henry Ford. The third time was the charm, and the Ford Motor Company is now more than 100 years old. Ford’s estimated net worth is now over $100 billion.

Spielberg’s name is synonymous with filmmaking. Before going on to direct epic hits such as Jaws, E.T., and Jurassic Park, Spielberg was a three-time film school reject.

Huffington is the cofounder of the online newspaper The Huffington Post. Before embarking on to the path to media stardom and wealth, Huffington struggled to get her second book published. Her manuscript was rejected – not once, not twice, but thirty-six times by various publishers!

Nevertheless, Huffington donned a thick skin and didn’t quit on her dreams. According to her, “My mother used to tell me, ‘failure is not the opposite of success, it’s a stepping stone to success.’ So at some point, I learned not to dread failure. I strongly believe that we are not put on this Earth just to accumulate victories and trophies and avoid failures; but rather to be whittled and sandpapered down until what’s left is who we truly are.”

Branson grew his fortune as a result of the runaway success of his Virgin empire. But along the way, Branson hit more than his fair share of serious roadblocks.

Branson opines, “Failure is a necessary part of business, so it’s incredibly important for all entrepreneurs and business leaders to know when to call it a day, learn from their mistakes, and move on, fast.”

Parker’s rockstar status as a tech entrepreneur started with the meteoric rise of his Napster company, started when he was just 19 years old. His dream came crashing down soon thereafter, when Napster faced enormous litigation fees and lawsuits from record companies. But he didn’t let the fall of Napster stop him. Parker’s next controversial venture was with Facebook, where he briefly held the role of President.

His most recent role is that of philanthropist, which he’s funding with the billions of dollars he’s earned as an entrepreneur.

If you’re an avid reader, we don’t have to tell you who this is. Rowling wrote the wildly popular children’s book series, Harry Potter. Her novels become one the most successful series in history and snowballed into blockbuster movies based on the books, thousands of product deals, and most recently, a theme park.

The rags-to-riches story behind the author makes her success even more impressive. When Rowling wrote her first novel, she was a single mom of an infant, living on welfare.

How To Learn From Failure

Each of these super successful individuals faced a time of adversity and triumphed. What can their stories teach you about your own life and business?

The main takeaway point here is the value of perseverance. If any of these men or women had let their first (or second! or third!) failure derail them from their hopes, dreams, and goals, then they never would have created the one company or creative product that launched them into super stardom. Learning how to push through defeat is a skill that will serve you well in business.

A second point echoed in the tales of those who have failed and later succeeded is the value of taking stock. Recognizing that each failure can teach you something is smart business. Take the time to evaluate your mistakes, assess what went wrong, and later apply those lessons to making your next venture go right.

Finally, a third lesson that we can extrapolate from these stories of failure is the importance of following your dreams. Each one of these individuals had a passion – whether that passion was tech innovations, film-making, or writing. When they faced tough times, none of these people let roadblocks dim their passion. In fact, the opposite is true: failure made each of these individuals work that much harder and smarter in the field that they were passionate about.

The bottom line is this: you will fail. We all do. It’s up to you channel the lessons you learn from your failures into your next big thing. Don’t quit, evaluate and reassess to right your wrongs, focus on your passion, and soon you will have achieved more than you ever imagined possible.

If At First You Don’t Succeed…

Failure is part of doing business. Know that failure is not the end of the road, but a time to assess how you can be better in the future. Push on, embrace your passion, and know that success will follow. When it does, it will be that much sweeter.